Is Scar his real name or a nickname? I know he’s got a scar on his face but I don’t know when/where he got it. I wonder if he was born with it and his parents gave him the name. If so, I think he is completely justified in becoming a passive aggressive jerk. If my parents gave me a name based on a a facial deformity I might have turned out a little differently myself. Or maybe he got it later in life in a fight and then someone gave him a bad ass nickname that just stuck. If that’s the case he should have been sitting pretty. Tons of lionesses…and chicks dig guys with scars & accents. 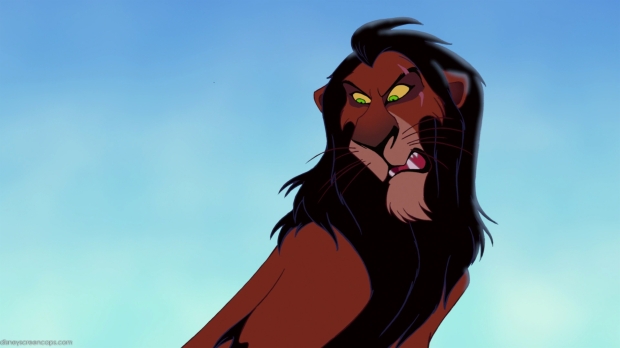 So, what do you think? Cancel reply

I’m a dad. And I enjoy watching Disney movies with my kids. Great stories, characters and songs, but after I watch them for the 50th time, I start to ask questions…questions that my wife claims are me just ‘reading too much into it’ But I don’t think I am. So I created this blog in the hopes of finding like-minded people who think about this stuff way too much like I do. Join me!

Not affiliated with the Disney Corporation. All image credit is given in each post at the bottom. Please don't steal my stuff. Use the share or reblog buttons or at least add a link back to my site if you are going to copy my ideas. Thanks!
Loading Comments...
%d bloggers like this: